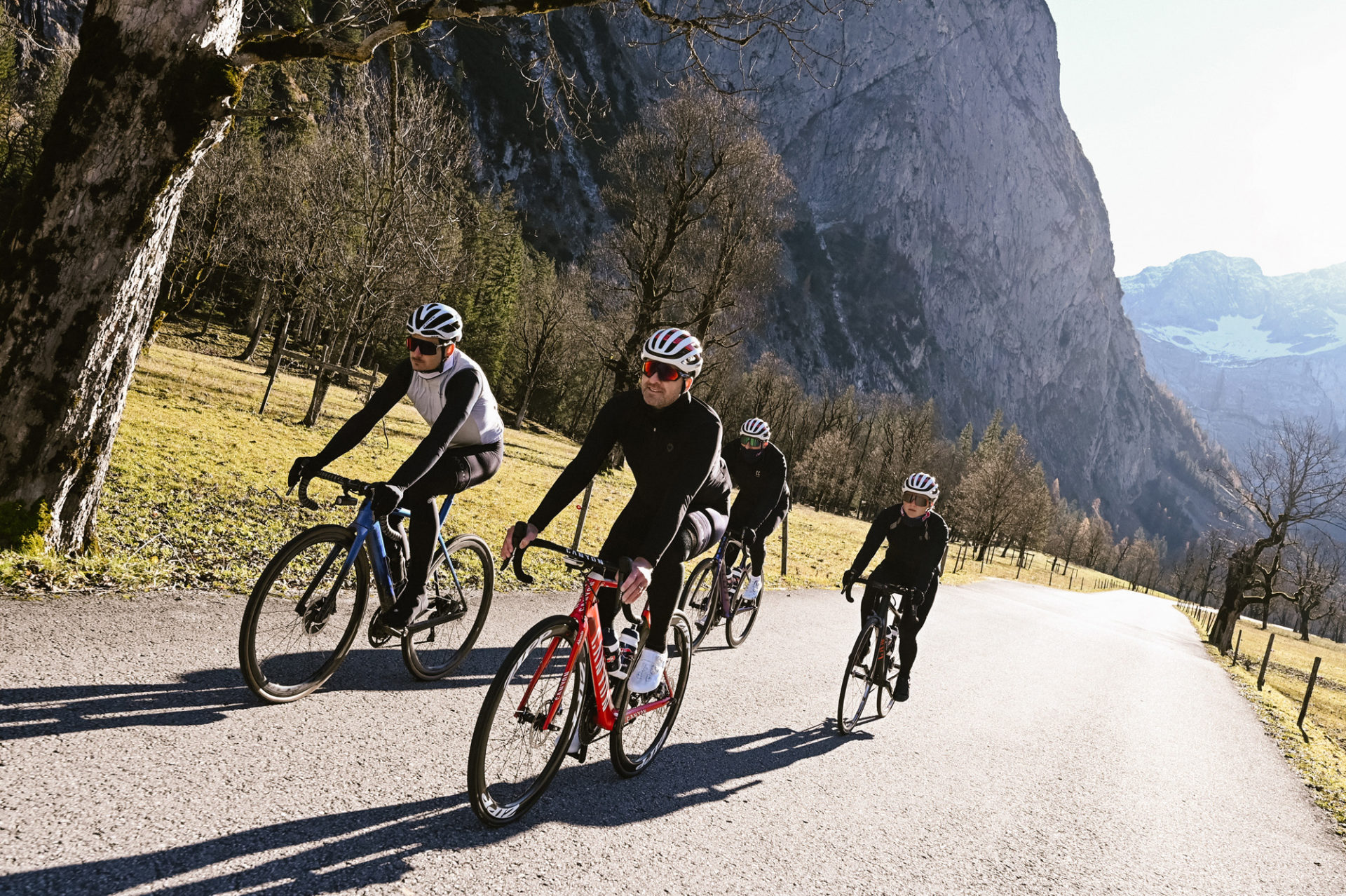 Winter causes a spike in illnesses and infections among athletes. But with some simple scientific upgrades to your diet and training you can strengthen your immune system and keep cycling all winter long

One particular virus may have dominated the headlines over the past 18 months but athletes are vulnerable to a wide range of illnesses over winter. According to the International Olympic Committee, about 50% of athlete illnesses affect the respiratory tract, such as influenza, colds and flu. But other common issues include stomach bugs, skin rashes and genitourinary infections. Research on Olympians suggests that the rate of infection among athletes can treble over the winter months.

That is why elite cyclists now follow a ‘winter action plan’ to boost their immunity over the cold months. And it really works: a winter immunity plan introduced by the English Institute of Sport – which provides sports science support to English athletes –led to a huge 41% drop in athlete illnesses compared to the previous winter.

All amateur cyclists will benefit from adopting an immunity-boosting winter action plan. You cannot ride your bike far when you are coughing and sniffing. And a severe illness will leave you stuck in bed when you would rather be outside riding your bike.

So here, with the help of Professor Mike Gleeson – Emeritus Professor of Exercise Biochemistry at Loughborough University and the author of Eat, Move, Sleep, Repeat – we reveal ten immunity-boosting tips to ensure you spend more time pedalling than coughing this winter.

Before getting into details, remember one vital fact: exercise is fantastic for your immune system. Research has shown that regular exercise can reduce your risk of upper respiratory tract infections by up to 50%. And a paper in the journal Exercise Immunology Review confirmed that regular exercise helps to keep your immune system strong. So make sure you keep riding your bike this winter.

“Whenever you exercise, blood circulates around your body which means an increased number of white blood cells (immune system cells) enter your bloodstream,” explains Professor Gleeson. “Those cells then travel around your body to deal with any threats. If you deal with any threats quickly, you can prevent them from multiplying and causing the symptoms of infection.”

Exercise is good for your immunity, but don’t dig too deep over winter. Really intense and draining exercise can lead to a temporary depression of the immune system after you have completed your workout. According to research for the British Association of Sport and Exercise Sciences, this dip in immunity is most severe when the workout is endurance-based or is of a moderate to high intensity. “Very prolonged bouts of strenuous exercise can cause transient depression of white blood cell functions and weaken your defences,” explains Professor Gleeson. The secret is to not push your body too hard over winter. Keep the intensity low, allow plenty of recovery days, and never increase the volume of your training by more than 5-10% per week.

Carbs are your friends

Research suggests that athletes’ immunity can be affected when they exercise in a fasted or low carbohydrate state. So make sure you fuel your rides well over winter. “Carbs help to prevent drops in your blood sugar levels which can cause a spike in stress hormones and reduce your immunity,” explains Professor Gleeson. Carbs also fuel the multiplication of your infection-fighting white blood cells. Aim for around 40g of carbs per hour on long winter rides.

Power up with protein

Protein does more than just build muscle. It also helps to fuel vital components of your body’s immune system, such as your antibodies and your white blood cells. Professor Gleeson says that athletes should consume 1.2-1.6g of protein per kg of bodyweight per day. Meat, eggs, nuts, chickpeas, soybeans and fish are all good sources of protein.

The best way to prevent illnesses is to avoid the germs, viruses, bacteria and pathogens that cause them. Cyclists should wash their hands after exercise, carry a hand-sanitiser gel for mid-ride café stops, and avoid touching their eyes and nose when they ride. Professor Gleeson also recommends washing your bike saddle and handlebars with soapy water at the end of each ride to prevent any build-up of bacteria which could make you ill on your next ride.

Research suggests that cold weather can irritate the airways and lungs, leaving athletes with flu-like symptoms such as sore throats and coughs. “Cold air can irritate the mucosal lining of the upper respiratory tract,” warns Professor Gleeson. Protect your airways from cold and dry air by wearing a neck warmer or snood over your mouth if the temperature gets close to zero degrees.

According to the British Association of Sport and Exercise Sciences, taking probiotics – such as a probiotic yoghurt – can reduce the frequency of respiratory and gastrointestinal infections among athletes. “Probiotics are live bacteria which modify the bacterial population in your gut to strengthen your immune function,” says Professor Gleeson. Probiotics also appear to help athletes “tolerate” more effectively certain illnesses, therefore reducing the severity of the symptoms.

It is easy to lose your thirst on cold winter rides but that would be a mistake, says Professor Gleeson. Your saliva contains special proteins with antimicrobial properties which help to support your immune system. So make sure you stay hydrated on winter rides. Many professional cyclists use insulated bottles filled with warm lemon cordial to encourage them to drink more often on cold days.

Top up your vitamins

Eating a colourful diet rich in fruit and vegetables will ensure you get the full range of vitamins, nutrients and antioxidants required to power a healthy immune system. These include the antioxidant vitamin C (found in citrus fruits), and the immunity-boosting vitamin B9 (found in green leafy veg) which supports your white blood cells.

Over winter it is hard to get sufficient quantities of Vitamin D, which is produced when your skin is exposed to the sun. “Most athletes would benefit from a Vitamin D3 supplement (4000 IU or 25µg per day) over winter,” advises Professor Gleeson.

He also suggests checking your selenium intake. “Selenium is important for immune function and defence against viral infection,” he explains. “Deficiency can cause worsening of lung infections. Selenium is mostly found in meat, dairy, nuts and wholegrains.”

Research has shown that athletes who get less than seven hours of sleep per night are three times more likely to develop symptoms of respiratory illness. “If you suffer from a poor quality of sleep with frequent awakenings in the night you will be more vulnerable to respiratory illness,” says Professor Gleeson. Aim to bank eight hours of sleep per night over winter to keep your immune system strong.