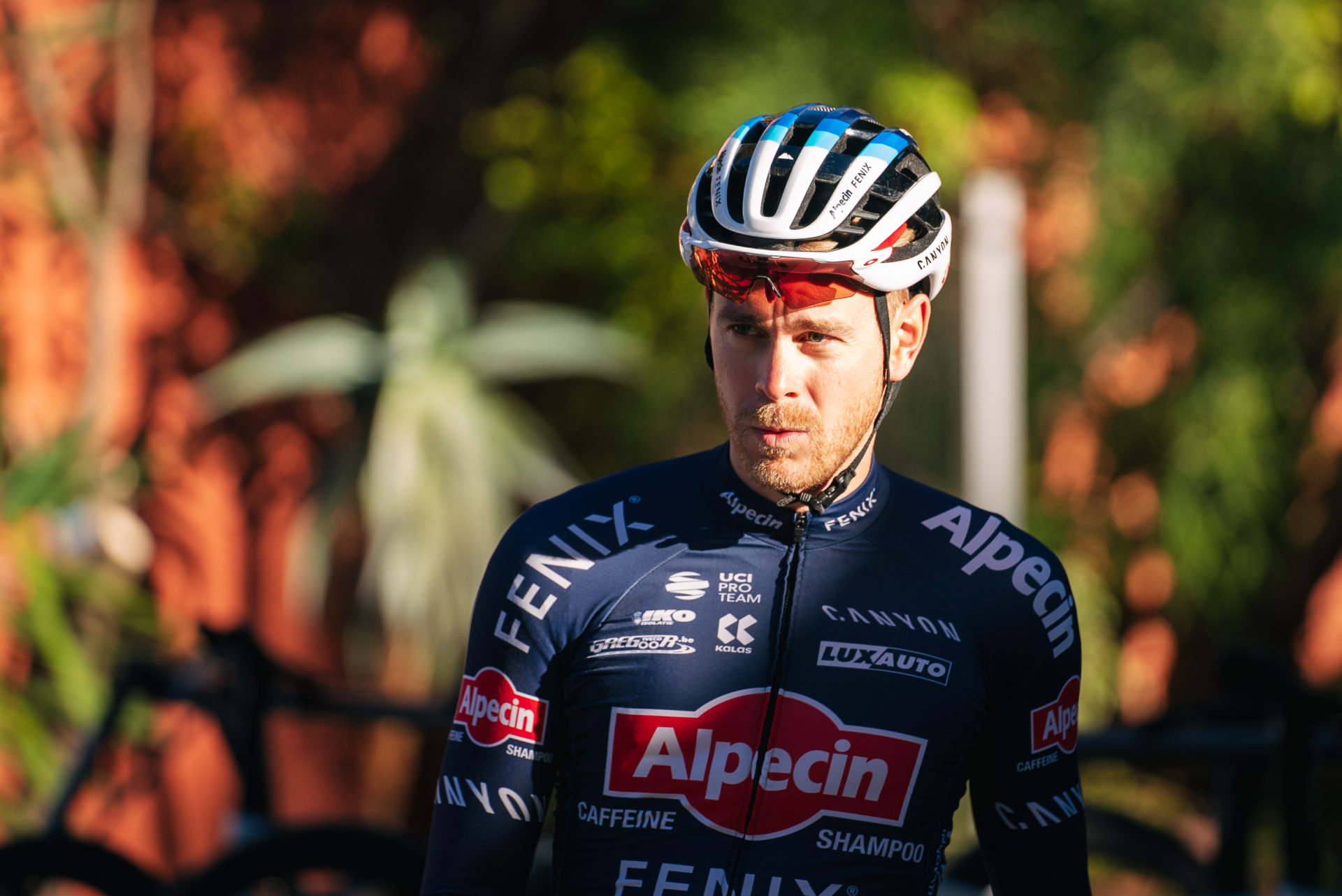 Julien Vermote: “It is nice to be here”

A year to forget lies behind Team Alpecin-Fenix pro rider Julien Vermote: a corona infection cost him the entire year of racing. Nevertheless, the team decided to extend his contract beyond the 2021 season.

Julien Vermote joined Alpecin-Fenix in late March after a few insecure months without a pro contract. “It’s been a very strange year. First, I was without a team, but I stayed focused and always kept hoping I’d find one again. It wasn’t an easy time for me as a cyclist, it’s been really tough mentally because I had to continue focusing on my job. So I was very happy when I could sign a contract at Alpecin-Fenix.”

But then unfortunately, health issues prevented him of making his team debut. “In May I went to Italy for a private training camp, but when I got back a few weeks later – basically race ready – it turned out I had contracted COVID-19. It was a blow, made even worse after blood tests revealed I also had toxoplasmosis. It was a bad combination. I really felt the physical consequences for quite some time. But also mentally it was tough, even harder than those months without a team.”

“I really hoped to be able to start racing again, but I couldn’t”

“I’ve been really tired, exhausted. I didn’t recover like I was supposed to. At first, I couldn’t even train. After some rest I started building up training intensity again, but it didn’t go well. The weeks flew by. I really hoped to be able to start racing again, but I couldn’t. Then in August the team decided to let me rest and recover properly from those infections in the interest of next year.

I needed some time to give it a place, but it’s definitely been the right decision, not one I could make as a rider. Of course I also had mixed feelings about it, because I really wanted to race even though I knew it was the right call. Sadly, I wasn’t ready to be doing races with the team.”

“I’m really grateful to the team for giving me the necessary time to recover. It has been crucial for my preparations for the upcoming season. I needed that period of rest before resuming my training rides mid-October. I feel good again now, all is going well on our training camp. I realize my future was in the hands of the team.”

“I am so happy to be part of the team again”

“They have given me an extra year and I’m really thankful for that. They kept believing in my qualities and my dedication. I’m hugely grateful, that’s all I can say. I don’t think there are many teams that would do the same.”Vermote is currently in Benicasim, Spain with the other Alpecin-Fenix road riders.

“It’s nice to be here, I had been looking forward to it since August when I knew I wouldn’t race this year. That’s a long time, but I knew December would come soon. It has been a different preparation for me so I have really been looking forward to this training camp. I’m very eager to ride with them and so happy to be part of the team again after all that I’ve been through. That’s what matters the most. Obviously, I still have ambitions. They haven’t vanished. I want to race and be of value to my teammates. I’m not doing this just to be a professional cyclist. Too much has happened for that.”

Behind the scenes at the Tour de France
Preview Vuelta a Espana 2022: All 21 stages with profiles and maps
Tour de France: Mathieu van der Poel feels less pressure than 2021