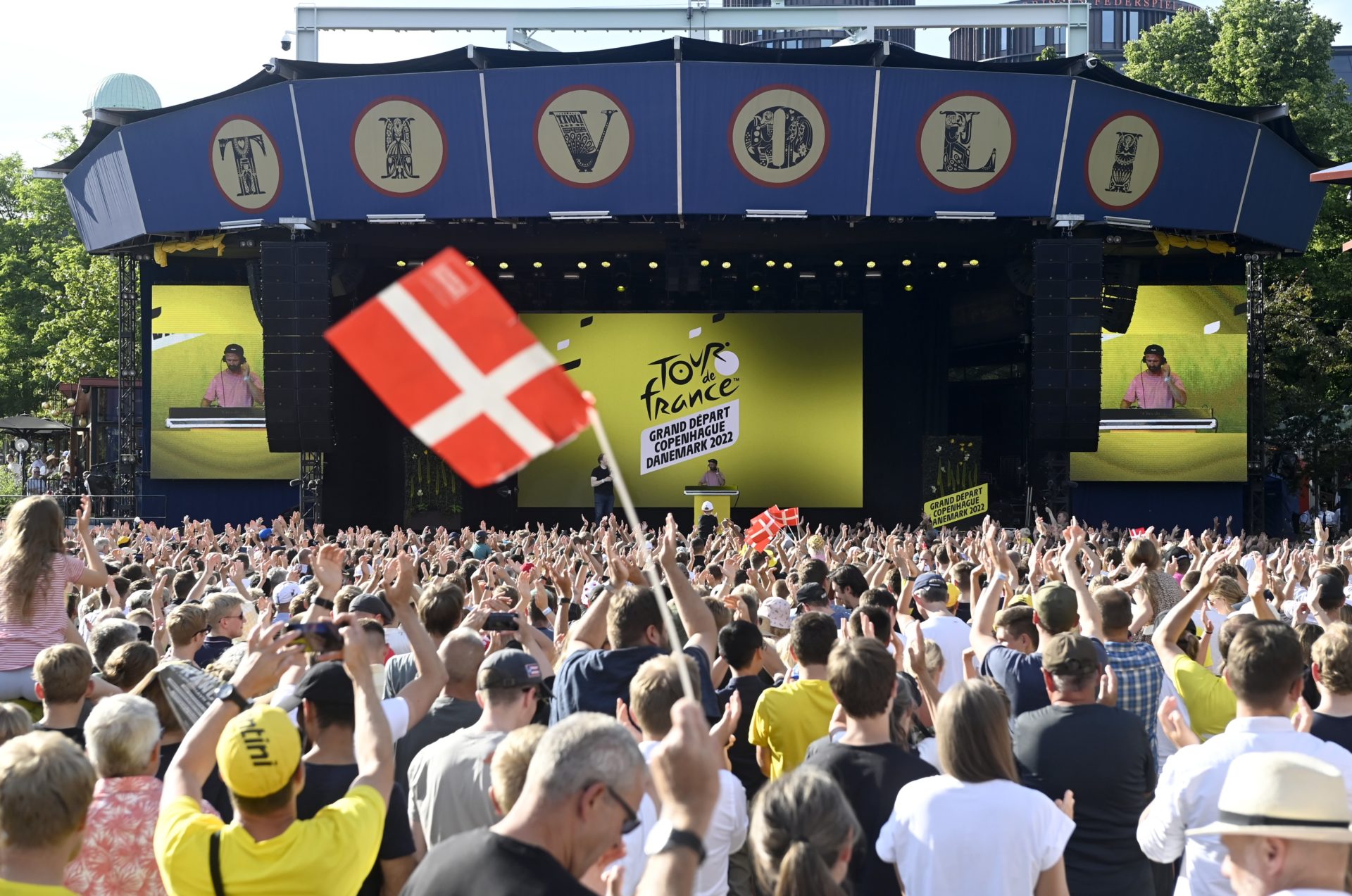 Behind the scenes at the Tour de France

We reveal the surprising everyday realities for pro cyclists at the Tour de France, from bad hotels to post-race parties.

Team hotels are worse than you think

Tour de France fans often assume that pro riders retire to luxurious hotels at the end of each stage – but that is far from the truth. The Tour de France organisers rank the quality of around 500 hotels across France and divide these among the various teams, to ensure that each team gets a fair blend of good, average and substandard hotels as they travel around France.

That means that many world famous riders have to sleep in budget hotels. Some of these hotels are so poor that a few teams began to bring campervans for their riders to sleep in instead, until these were banned in 2015.

Although the most successful general classification contenders get their own room, many support riders have to share a room with a teammate. So they have to put up with their teammate’s snoring, coughing, soggy towels and bad habits for three weeks. As 34-time Tour stage winner Mark Cavendish once said: “Imagine riding 200km and then you end up in some little Campanile (a European budget hotel chain) with no air-con and so little room you have to climb over your suitcase to get in the bathroom at night?”

The riders food is fantastic

Although the hotels are not always great, the good news for Tour de France riders is that they get all their food prepared by talented team chefs. Tour chefs prepare delicious meals – one team chef routinely prepares a side salad of fresh carrots with walnuts, garlic, goat’s cheese, garlic toast with humus caviar and anchovies. But the presentation of the riders’ meals is also deliberately crafted to bring joy to tired riders.

Dishes need to be exciting, stimulating and colourful. At dinner, riders might be served a beetroot risotto which looks bright red and vibrant to make it more appealing, or a salad with chunks of dried fruit and Feta cheese to make it tastier. Loss of appetite and meal fatigue is a real problem at the Tour as riders have to consume huge amounts of food over the course of three weeks. So these kind of eye-catching culinary treats are hugely important for the tired riders.

Team super-buses are better than your average bus

Although Tour organisers try to ensure riders don’t have far to travel each day for the next stage, riders often find themselves with a long bus transfer to endure. But Tour de France team buses are not like ordinary buses. More like luxurious air-conditioned hotels, these buses feature reclining seats, TV screens and wifi connections, so riders can watch movies and stream music.

They also have kitchens, so riders can make a coffee or a fruit smoothie. And they even have in-built showers, so the cyclists don’t have to sit feeling dirty and smelly for hours at the end of a stage.

The media madness is exhausting

If riders sometimes look a little fed up with talking to the interviewer on TV, forgive them. At the Tour de France each year there are 2000 reporters and photographers and 90 television and radio commentators helping to provide footage and news to millions of people across 190 countries around the world. Riders often fulfil media duties in the morning, before a stage, immediately after a stage, and sometimes back at their hotel in the evening too. If they look tired, they probably are.

The Tour is a sensory overload

You can watch the riders at the Tour but you don’t get to experience everything they smell, see and hear as well. Tour riders say that the sensory assault at the start and finish of each stage is overwhelming. Riders smell the diesel engines from buses, and the minty shower gel running out of the showers of team buses.

The noise and shouts of fans can be deafening. And sometimes this sensory hit can be too much. Former pro David Millar says he used to be tortured by the smell of barbecues by the side of the road as fans cooked their lunches. All he could smell were sausages and burgers. The longer the race went on, the harder it became not to get off his bike and eat them.

Road Captains have a vital but invisible job

Cycling captains are not talked about as often as football or rugby captains, but they are just as important. Each team has a dedicated road captain whose job is to manage the riders’ moods and tactics during the stage.

The directeurs sportifs decide the best tactics, but the road captains have to make quick decisions in the chaos of a race. You won’t hear much about them during the Tour, but these experienced riders are quietly managing the team throughout each and every stage, dealing with tactics as well as neutralising inter-team arguments and motivating any struggling riders.

There are always big surprises

Tour de France riders prepare for the big race many months in advance, but the race is always full of surprises. In 2007 rider Marcus Burghardt was knocked off his bike by a dog. In 2013 a team bus got stuck under the finish arch in Corsica. And in 2016 Chris Froome had to run up Mont Ventoux after his bike broke. Always expect the unexpected.

Rest days are not rest days

Cycling fans are often surprised to hear what riders get up to on their rest days at the Tour de France. A relaxing trip to the beach? A nice meal in a French restaurant? No. Tour riders get back on their bikes and ride. They don’t ride very far or very fast, but if they don’t do a light bike ride their muscles will seize up and they will feel bad the next day.

Riders can say yes to treats

Although riders eat lots of healthy food to fuel their racing, they do get to enjoy a few treats during the course of the three-week race. Team chefs will occasionally cook a steak ahead of a rest day or a flat stage to keep the riders’ spirits up. Or they sometimes prepare a healthy pizza or provide a build-your-own burger option. British rider Luke Rowe always takes 21 Snickers to the Tour de France for a special treat. Many riders are also happy to enjoy a glass of wine or champagne to celebrate a stage win.

The crazy fans are getting crazier

Fans at the Tour de France can be loud, drunk and wild – and pro cyclists see plenty of crazy sights during the Tour.  Because a stage race is not enclosed in a stadium but spread over 200km of road, it is pretty much uncontrollable. From men flashing their buttocks, to women offering the riders cold beers, Tour de France riders experience all this madness first-hand.

“You can’t help but notice all the weird fancy dress and things that the fans wear at bike races,” Adam Yates once explained. “You see guys on the side of the road running along wearing almost nothing and dancing around.”

At the end of a stage of the Tour de France, many riders look like the world’s most unhealthy men. They slouch around with hunched backs and stiff legs, shuffling from the hotel foyer to the dining room. Because they are pushing their bodies so hard, they are also vulnerable to stomach conditions and viral infections, so they are often wheezing and coughing or looking ill. They may be the fittest athletes in the world, but in the middle of the Tour de France they look anything but.

When the television cameras stop filming, and all the jerseys have been awarded at the end of the three-week race, Tour riders love to party in Paris. And they usually do it in style. When Geraint Thomas won the Tour in 2018, his team rented out a nightclub for the riders, staff, families and friends.

After guzzling bottles of beer that had been kept chilled in a giant cool box on the bus, the group went to the nightclub, with Journey’s Don’t Stop Believin’ and (I Can’t Get No) Satisfaction by the Rolling Stones blaring out until the small hours. Thomas finished the night by eating cakes in bed with his wife Sara at 4am.