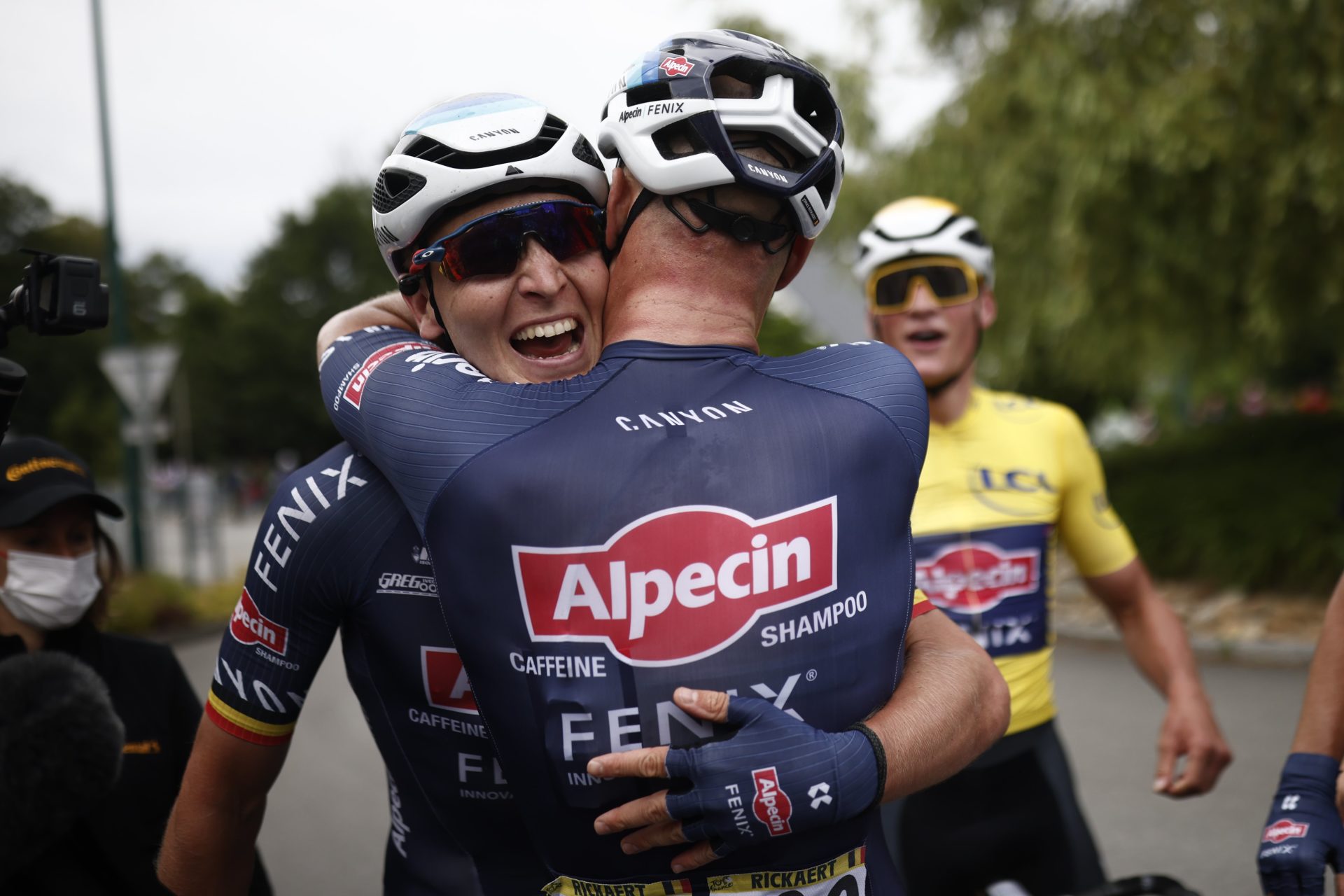 „A great atmosphere, philosophy, vision and work of the team“ – Alpecin extends sponsorship with Alpecin-Fenix for four years

The Dr. Wolff Group will continue to sponsor Team Alpecin-Fenix – for another four years. The company with its Alpecin brand will remain the first name sponsor of the Belgian cycling team around Mathieu van der Poel.

„The entire team has shown a very strong performance last year and again this year“, says Managing Partner Eduard R. Dörrenberg. Until now, the Belgian team has taken 31 victories, including 5 stage wins in the Grand Tours. Outstanding was Mathieu van der Poel’s victory at the Mûr de Bretagne, when he took the yellow jersey on the second stage of the Tour de France.

Even without a World Tour licence, Team Alpecin-Fenix is one of the most successful teams in the 2021 season. Dörrenberg emphasises that it was a conscious decision to switch from the World Tour to a second-category team. This decision has absolutely paid off, he says. With the extension of the contract by four years, Dr Wolff wants to positively influence the further development of the team.

Philip Roodhoft, General Manager of the racing team is very proud about the further cooperation with the German company. “We have proven that we were absolutely worth the decision. By extending the contract, we have the opportunity to grow further and in a stable way.”

The Paris-Roubaix Bike of Mathieu van der Poel
Surprising comeback at Milan-Sanremo: MVDP is back on the road
The 21 stages of the 2022 Tour de France including altitude profile and map